If you read this blog, you may recall that I have mentioned lists of jobs that need completing around the plot. One of which is the pergola in The Blackberry Garden and this is a job that we began the other week.

I showed you recently the seat that I created in this area from recycled wood from our shed and it must have inspired Mr Meadow as the very same day the wood for the pergola was ordered and it arrived a day later. Don’t you just love it when that happens? Haha.

Here is a closer shot of the (almost) finished pergola: 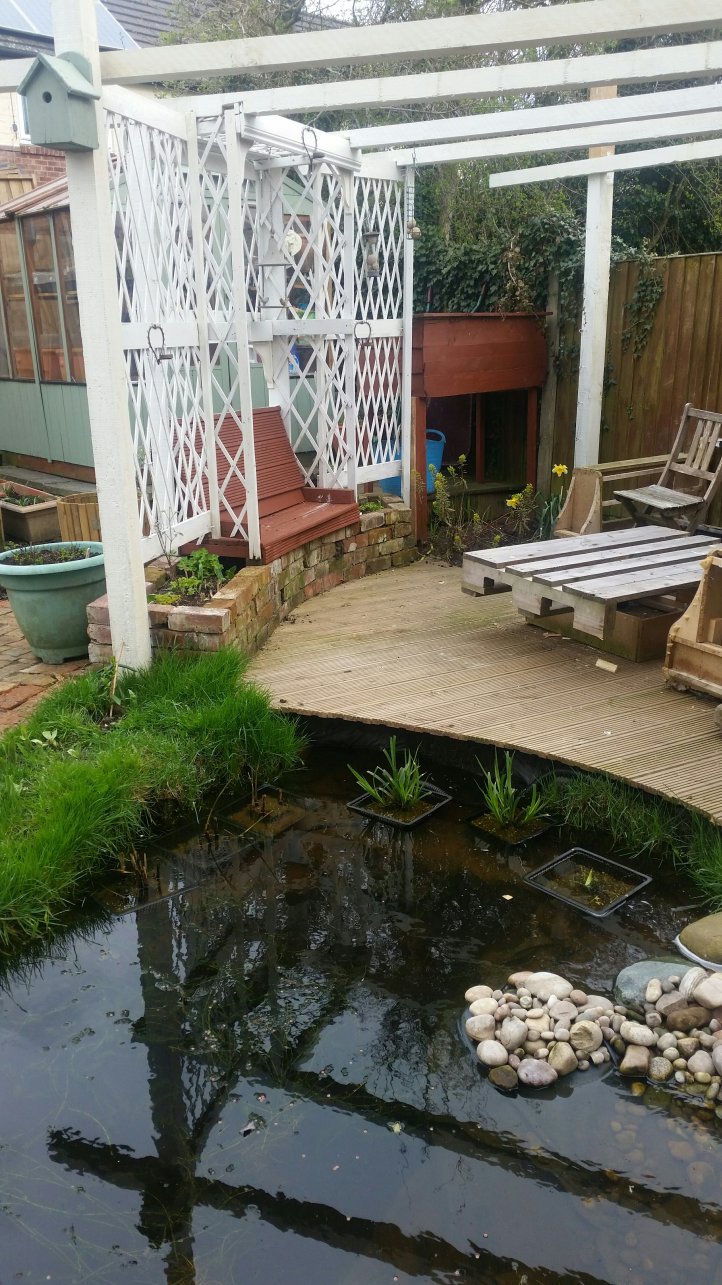 This job was fairly straight forward in terms of just notching out the beams at one end to sit on the trellis support I built to create a green screen for climbers/privacy and we decided to use the flat concrete roof from our shed to build out from. The main challenge was spacing out the beams evenly because the deck is curved so we settled on spacing them out by eye in a semi-fanned shape. This caused much deliberation! The ivy on the roof will be left to scramble its way over the beams:

The long term plan is to hang lanterns and add mains powered fairy lights to the beams so that this area can be used in the evening (which is now possible due to me moving the power supply to its final position as I mentioned in this post.

I love the reflections the pergola creates on the water and when light bounces off the pond water at night, it casts shimmering reflections onto the beams! I’d like to say that was all part of my master plan, but…

The next step for this area will include finishing off the painting of the pergola (where’s this heat wave we were meant to get?) and trimming down the vertical supports. Then we will be recycling the frame from our old sofa to create the seating for this area of the garden and then that  will be painted.  Then we will finally stain the deck once all the work and other painting has finished! Once all that is done we will finally be able to sit out and relax somewhere comfortable this Summer in the afternoon and evening sunshine. Let’s hope we get some warms days this year!